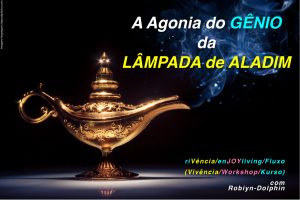 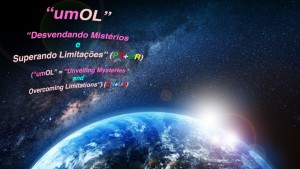 after this encounter with Robiyn-Dolphin:

Good evening Robiyn
Thank-you for shinning your light on me

Last weekend
I decided to do a workshop with Robiyn in Lisbon.
I had not been participating for some time
and did not know what to expect.

But Robiyn always exceeds my expectations.
Thank-you Robiyn for coming into my life.
Thank-you for changing my life
and concerning yourself in taking care of it.

I have so many times thought to myself,
Robiyn should have other priorities
he should not wast his time
with lives like mine.

After all there are millions of other people
with so many more needs than me.

Do not miss understand me (I could not be more thankful)
It’s that only now I start to understand a little
Why Robiyn does not give priority to anybody.

Priority does not exist,
We are all equally important,
Every being on earth.
It must be frustrating doing all these “pit stops”
and not advancing on having paradise on earth.

On the other hand if we did not make all these “pit stops”,
Robiyn would not be acting as what he says.
Where we all must be well
for paradise to manifest itself.

All I know is that I thank every “pit stop” Robiyn has done for me.
This Saturday was no exception,
He did an other “pit stop” that changed my life
for the best once again.

We were finishing a mini break
And Robyin said it was time for palomitas ( popcorn in Spanish).
Until then I had not noticed that in Spanish
these words were so similar
(Palomita- popcorn and Paloma-Pigeon ,or even better palomita-little pigeon).
As soon as Robiyn said ” little pigeon”
I instinctively knew he was going to speek about me.
What happened next, confirmed it.

Robiyn – You don’t like to see birds in cages
Me – No (sobbing )
Robiyn – The noise the wind makes under the wings of gliding birds bothers you
Me – Yes I don’t like it at all,it bothers me
Robiyn – This is because your wing got caught on the door of a bird cage

I showed him my broken finger,
and started to feel a strange warmth on my finger.

Robiyn – You had two lives stuck in a cage
the other one you were a child, as a matter of fact you are like a child…
Me – My nome is Pombeiro (it is my surname’s title,Castelo Branco)
(This means the one that takes care of pigeons in portugues)

It was at this time that I started to cry a lot
And could not listen very well.

Robiyn started to say that I have problems with my family
Because I give all I have, and this annoys my family a lot.

It is so true.

What bothers them is the fact that everything I do, I put my whole heart in to it
That this point I was in an intense cry and all I could say was:
-Is this bad?

While Robiyn spoke
I felt my finger straighten,
Amazing!

I recalled that I love feathers.

I have a lot of jewellery/fake jewellery with feathers,
And I am always buying more
The ones I like the best
Are the ones less straight,messy, broken.

I also remembered
That my favorite childhood story
Was Hansel & Gretel.

I read it countless times
I was always looking for different illustrations
This theme fascinated me.
However I would always skip
The party were the witch captured Hansel.
I remember once as a child
Crying compulsively on this part of the story.

I never had any especial interest in birds.
My son does, especially Eagles.

The day after the workshop I told him,
I had been a pigeon.

He loved it, straight away he said how lucky for you,
But you were white,so you were a dove
This made me laugh,
For my mother always patted me on my chest
and said-looks like the chest of a dove.

My son today had his stitches removed
from an operation he had,
due to a fall he suffered in September
He had metal implants removed
(He toke them out ,today on my birthday).

I feel we both are “cured from broken wings”
And are ready to fly.

Thank-you for everything and for so much love